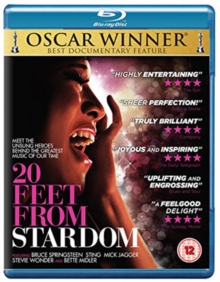 Through tracing the stories of enduring vocal support artists such as Darlene Love, Merry Clayton, Lisa Fischer and Tata Vega from the heyday of rock and roll to the present day, the film endeavours to bring to the fore musicians whose voices adorn many of the most famous songs in pop history yet remain largely unknown.

With artists such as David Bowie, The Rolling Stones and Elvis Presley often employing African-Americans to provide their backing vocals, the film also highlights the importance of these singers as trailblazers for a more inclusive musical mainstream - though the individuals themselves never quite made it to centre-stage...

The film won the Academy Award for Best Documentary in 2014.