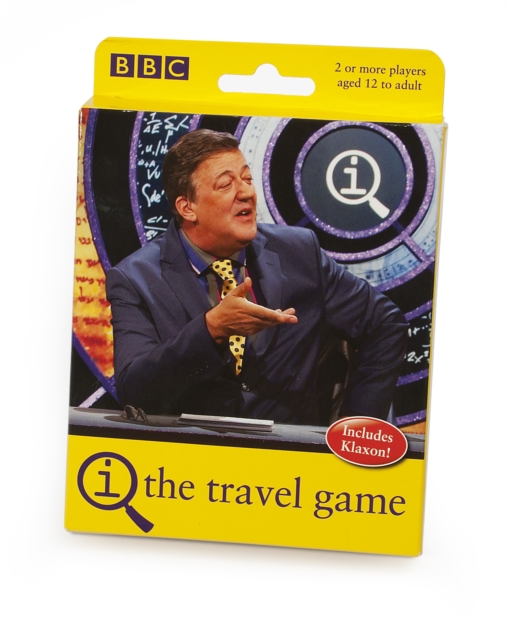 Hundreds of obscure and interesting facts can be found in this hilarious card game based on the highly popular television programme hosted by Stephen Fry.

QI has been a favourite among TV viewers since the show began and is arguably the hardest panel game in the world.

This travel game is designed for anyone who loves the show and the small sized box makes it ideal to play QI anytime, anywhere.

Now you can take part in the challenging questions, while also having fun with family or friends.

For example, When Anders Celsius created his temperature scale, what was the boiling point of water? - 100 degrees, 0 degrees or +100 degrees? Be careful with your answer. Get it right and you get to keep the card. Get it wrong and you could face the dreaded Klaxon and lose a card.

This game is for 2 or more players and suitable for ages 12 and up.