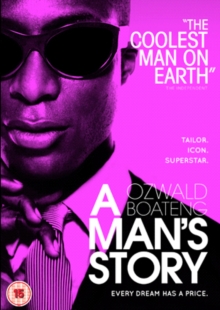 The first black tailor to open a shop on London's Savile Row, as well as the youngest, Boateng soon became world famous for his trademark colourful suits.

The film follows Boateng from the late 1990s, a low point in his life during which divorce, burglary and financial catastrophe left him exhausted and diminished.

But over the next decade Boateng rose like a phoenix from the ashes, becoming creative director of Paris fashion empire Givenchy, starring in his own American reality series, marrying a Russian model, becoming a father and travelling the world in a constant string of glittering events.