Microeconometrics Using Stata, Second Edition is an invaluable reference for researchers and students interested in applied microeconometric methods. Like previous editions, this text covers all the classic microeconometric techniques ranging from linear models to instrumental-variables regression to panel-data estimation to nonlinear models such as probit, tobit, Poisson, and choice models.

Each of these discussions has been updated to show the most modern implementation in Stata, and many include additional explanation of the underlying methods.

In addition, the authors introduce readers to performing simulations in Stata and then use simulations to illustrate methods in other parts of the book.

They even teach you how to code your own estimators in Stata. The second edition is greatly expanded-the new material is so extensive that the text now comprises two volumes.

In addition to the classics, the book now teaches recently developed econometric methods and the methods newly added to Stata.

Specifically, the book includes entirely new chapters onduration modelsrandomized control trials and exogenous treatment effectsendogenous treatment effectsmodels for endogeneity and heterogeneity, including finite mixture models, structural equation models, and nonlinear mixed-effects modelsspatial autoregressive modelssemiparametric regressionlasso for prediction and inferenceBayesian analysisAnyone interested in learning classic and modern econometric methods will find this the perfect companion. And those who apply these methods to their own data will return to this reference over and over as they need to implement the various techniques described in this book.

Also by A. Colin Cameron 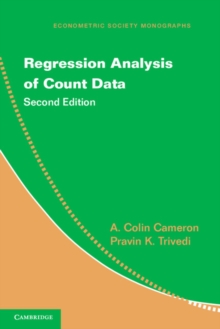 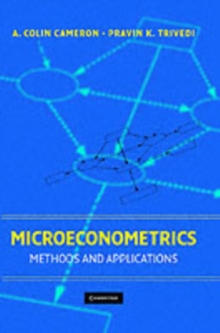