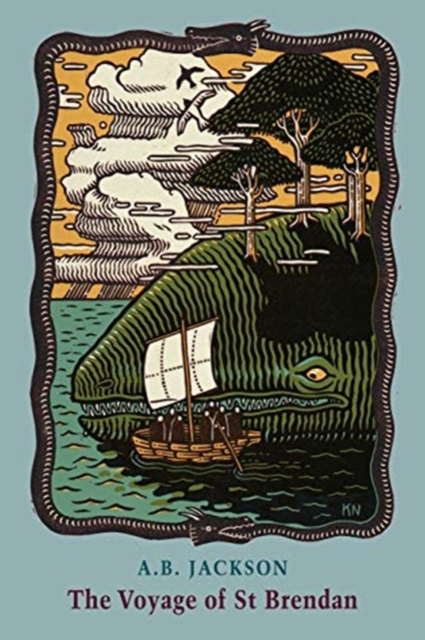 In The Voyage of St Brendan, A.B. Jackson tells the tale of the legendary seafaring Irish abbot in poetry and prose.

After burning a book of fantastical stories, Brendan is compelled to sail the ocean with a crew of six monks in a leather-skinned currach; his task, to prove the existence of wonders in the world and create a new book of marvels.

Discoveries include Jasconius the island-whale, a troop of Arctic ghosts, a hellmouth of tortured souls, a rock-bound Judas, and the magical castle of the boar-headed Walserands. Although the roots of this legend lie in early Irish tales and the Latin Voyage of Brendan the Abbot of the ninth century, Jackson has taken the 14th-century Middle Dutch version of Brendan's voyage as the template for this engaging, witty and spirited interpretation, notable for its humour and inventiveness. The book is beautifully illustrated with a series of black and white linocuts by the American artist Kathleen Neeley, one of which features in colour on the cover.