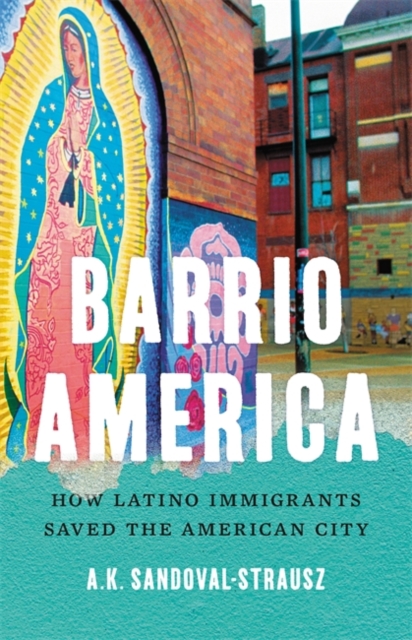 Now we are witnessing a resurgence of American urbanism said to be the result of white people's return.

But this account entirely passes over the stable immigrant communities who arrived and never left: as whites fled for the suburbs and exurbs in increasing numbers, Latin Americans immigrated to urban centres in even greater numbers.

Barrio America charts the vibrant revival of American cities in the 1970s, 1980s and 1990s, arguing that we should attribute this revival to the influx of Latin American immigrants -- both legal and not. An award-winning historian and son of immigrants, Andrew Sandoval-Strausz recounts this untold history by focusing on the largest immigrant barrios in two of the nation's largest cities: Chicago's Little Village and Dallas's Oak Cliff.

These neighbourhoods were once classic examples of urban crisis: they reached their peak prosperity around 1950, afterwards losing residents, jobs, and opportunity, which destabilised urban public order.

But after 1965, when Lyndon Johnson overturned the restrictive 1924 immigration law and a major agricultural crisis was convulsing Mexico, these neighbourhoods saw a record number of incoming Latin Americans.

The nation's urban barrios are regularly portrayed as decaying districts plagued by crime and disorder, but in reality, over the past several decades, areas with growing immigrant populations have become some of the most dynamic, stable, and safe neighbourhoods in their cities.

The new immigrants brought with them three distinctive cultural traditions -- penchants for public spaces, walking, and small entrepreneurship -- that have changed the American city for the better. Drawing on dozens of oral histories with migrantes themselves, Sandoval-Strausz places immigrant voices at the centre of the narrative, emphasising the choices of Latin American newcomers, the motivations that brought them to the United States, and the hopes that lay before them, their families, and their communities.

Barrio America demonstrates how migrants have used their labour, their capital, and their culture to build a new metropolitan America.