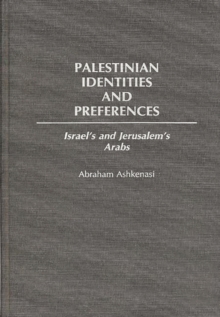 Do ethnic Arabs or Palestinians have a future within the borders of the state of Israel?

This book sets out to examine social fragmentation in Palestinian society and its effect on this future.

Its focus is on those Palestinians who live within the boundaries of Israel but not under direct military occupation.

The problems posed for these Palestinians by the so-called integrative option, and their responses to these problems, form the core of the study.

How the integrative option is perceived, and either accepted or rejected, plays a key role in the social structuring of Palestinian society.

Central to the study is one of the first presentations of the views of Palestinians based on in-depth polling, comparing the views of different social and regional segments of the Arab community under Israeli civil control.

It deals broadly with relations between Jew and Arab, and between Arab and Arab, finding that Palestinian society is highly fragmented along familial, regional, religious, economic, gender, and generational lines.

Ashkenasi seeks to demonstrate a sense of the reality of conflict and consensus, pragmatically presenting facts and not desires. The book begins with an explanation of the sociological structures of ethnic conflict in general and moves on to an examination of the political development of the pre-1967 Israeli Arab community, followed by a look at developments after 1967.

The author then compares the actions and opinions of Israeli Arabs and Jerusalem Arabs, using data from his direct interview polling.

How the Israeli Municipal Authority controls the Palestinian community is described, along with an analysis of how Palestinians view Jerusalem.

In conclusion, the author finds that, based on his data, Arab leadership in the geographic area controlled by Israel has not achieved real consensus and organizational cohesion.

He feels that the PLO tends to play a negative role in the conflict.

In an epilogue, the underlying feelings of Palestinians toward the Temple Mount incident of 1990 are analyzed. 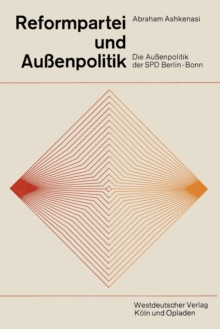 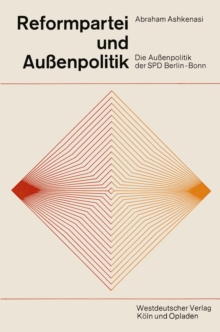