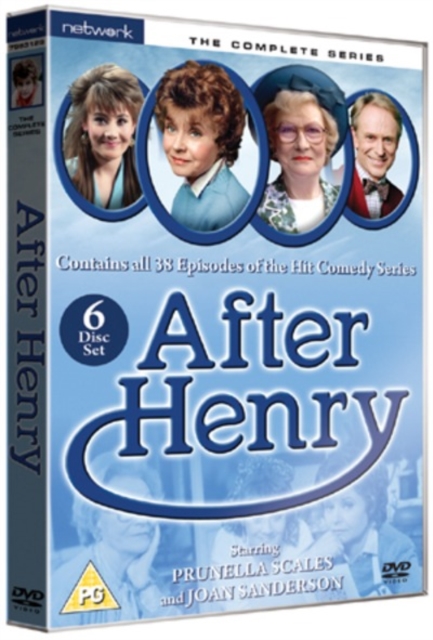 After Henry: The Complete Series DVD

Every episode of the 1980s ITV sitcom starring Prunella Scales as Sarah France, a middle-aged, middle-class woman who finds herself sharing a house with her demanding mother Eleanor (Joan Sanderson) and prickly adolescent daughter Clare (Janine Wood) following the death of her husband Henry.

An often volatile atmosphere prevails as the three generations of women try to find a way to cope with each other as best they can.

Series 1 episodes are: 'The Older Man', 'Phone Calls', 'The Teapot', 'Security', 'Romantic Complications' and 'The Birthday'.

Series 4 episodes are: 'Dependent Relatives', 'Poor Relations', 'A Fully Extended Family', 'Yes and No', 'The Married Man' and 'The Other Married Man'.