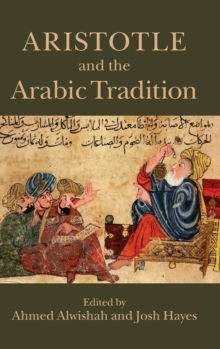 Aristotle and the Arabic Tradition Hardback

This volume of essays by scholars in ancient Greek, medieval, and Arabic philosophy examines the full range of Aristotle's influence upon the Arabic tradition.

It explores central themes from Aristotle's corpus, including logic, rhetoric and poetics, physics and meteorology, psychology, metaphysics, ethics and politics, and examines how these themes are investigated and developed by Arabic philosophers including al-Kindi, al-Farabi, Avicenna, al-Ghazali, Ibn Bajja and Averroes.

The volume also includes essays which explicitly focus upon the historical reception of Aristotle, from the time of the Greek and Syriac transmission of his texts into the Islamic world to the period of their integration and assimilation into Arabic philosophy.

This rich and wide-ranging collection will appeal to all those who are interested in the themes, development and context of Aristotle's enduring legacy within the Arabic tradition.