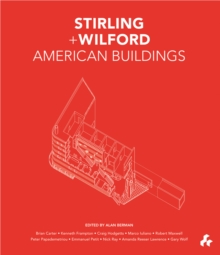 James Stirling and Michael Wilford realised a significant body of work during their partnership.

Considered one of the most important international architectural practices of the twentieth century, Stirling and Wilford made an exceptional contribution to contemporary architecture.

Young, radical and eccentric, their work rejected the prevalent orthodoxy of the International Style, revisiting instead the early masters of heroic Modernism and achieving legendary status amongst a younger generation of architects. With early work in the UK and then Europe, from the late 1970s the practice designed buildings at four American Universities: Harvard, Rice, Cornell and UC Irvine, as well as a number of unbuilt projects.

The Arthur M Sackler Museum at Harvard University, 1984, retains an iconic status, and straddles the postmodern and classical vocabulary that Stirling and Wilford employed at the Neue Staatsgalerie in Stuttgart, 1984, and No 1 Poultry, completed in 1997, after Stirling's death in 1992. Yet, despite the significance of these projects, until now, the contribution of the practice's work in the United States to the development of late twentieth century architecture has never been fully appraised. Through texts by eminent contributors including Kenneth Frampton and Robert Maxwell, Stirling and Wilford American Buildings reassesses the importance of this body of work, establishing the legacy of the later American work of one of the twentieth century's most influential architectural practices.