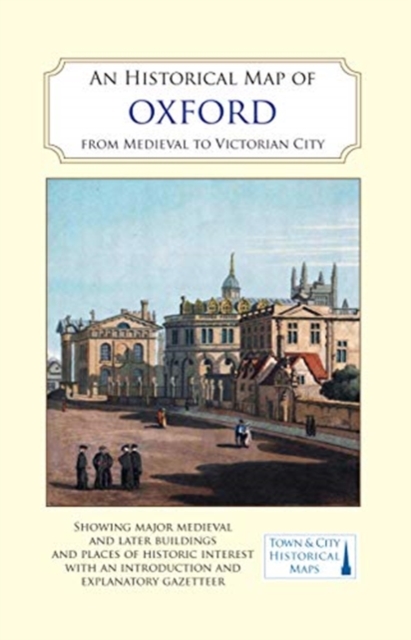 A full colour map, based on a digitised map of the city of Oxford in 1876, with its medieval past overlain and important buildings picked out.

Oxford is synonymous with its university but deserves to be known as a city in its own right as well. What the map shows is a city of different parts: areas where the base map of 1876 might still be used today, and parts which are now quite unrecognisable. This second edition of a map first issued in 2015 has been updated and revised to reflect further the editor's recent research. The opportunity has been taken to update the gazetteer of buildings and sites of interest and it is now printed in full colour throughout. The map's cover has a short introduction to the city's history, and on the reverse an illustrated and comprehensive gazetteer of Oxford's main sites of interest, from medieval monasteries to Oxford castle and the working class and industrial areas that lay just beyond the 'dreaming spires' of the city centre.