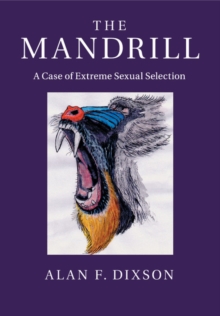 The Mandrill : A Case of Extreme Sexual Selection Paperback / softback

Living in the remote forests of western central Africa, the mandrill (Mandrillus sphinx) is notoriously elusive and has evaded scientific scrutiny for decades.

Yet, it is the largest and most sexually dimorphic of all the Old World monkeys, and perhaps the most colourful of all the mammals.

Synthesising the results of more than twenty-five years of research, this is the first extensive treatment of the mandrill's reproductive and behavioural biology.

Bringing to life, through detailed descriptions and rich illustrations, the mandrill's communicatory biology and the functions of its brightly coloured adornments, this book sheds new light on the evolutionary biology of this fascinating primate.