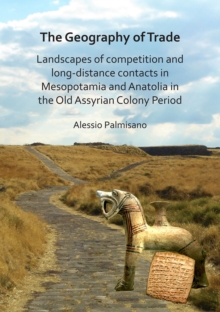 The Geography of Trade: Landscapes of competition and long-distance contacts in Mesopotamia and Anatolia in the Old Assyrian Colony Period Paperback / softback

From the mid-20th century onwards, consolidated study of the merchant archives from the Old Assyrian trading colony at Kanes (Ku ltepe) has not only transformed our understanding of the social, economic and political dynamics of the Bronze Age Near East, but also overturned many preconceived notions of what constitutes pre-modern trade.

Despite this disciplinary impact and archaeological investigations at Ku ltepe and elsewhere, our understanding of this phenomenon has remained largely text-based and therefore of limited analytical scope, both spatially and contextually.

This book re-assesses the Old-Assyrian trade network in Upper Mesopotamia and Central Anatolia during the Middle Bronze Age (c. 1970 - 1700 BC) by combining in some analytical detail the archaeology (e.g. material culture, settlement data, etc.) of the region both on its own terms and via a range of spatial approaches.

The author offers a comparative and spatial perspective on exchange networks and economic strategies, continuity and discontinuity of specific trade circuits and routes, and the evolution of political landscapes throughout the Near East in the Middle Bronze Age.