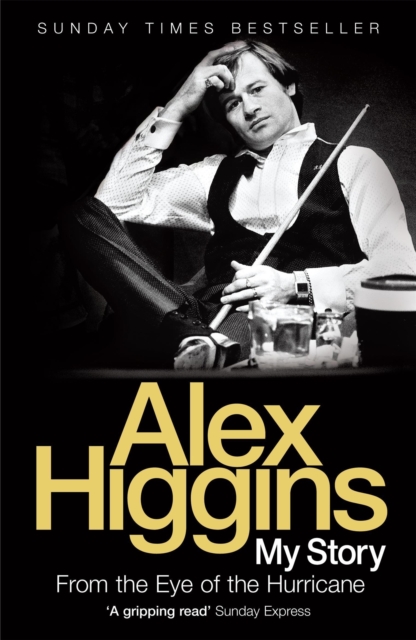 From the Eye of the Hurricane Paperback / softback

Considered by many to be a genius at his peak, Alex Higgins's unorthodox play and exciting style earned him the nickname 'Hurricane' and led to his immense popularity and fame.

In 1972 he became the youngest winner of the World Championship, repeating his victory in emotional style in 1982.

Higgins's story is so much more than just snooker. Head-butting tournament officials, threatening to shoot team-mates, getting involved with gangsters, abusing referees, affairs with glamorous women, frequent fines and lengthy bans, all contributed to Higgins slipping down the rankings as he succumbed to drink and lost his fortune.

After suffering throat cancer, Alex Higgins now reflects on his turbulent life and career in his first full autobiography.

The Hurricane is back - prepare to be caught up in the carnage.