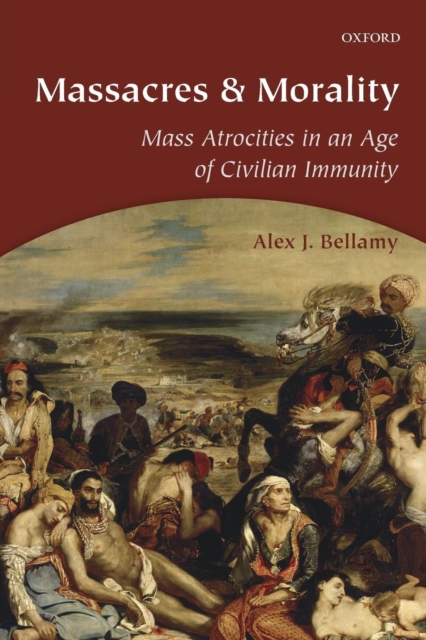 Massacres and Morality : Mass Atrocities in an Age of Civilian Immunity Paperback / softback

Most cultural and legal codes agree that the intentional killing of civilians, whether in peacetime or war, is prohibited.

This is the norm of civilian immunity, widely considered to be a fundamental moral and legal principle.

Yet despite this fact, the deliberate killing of large numbers of civilians remains a persistent feature of global political life.

What is more, the perpetrators have often avoided criticism and punishment. Examining dozens of episodes of masskilling perpetrated by states since the French Revolution late eighteenth century, this book attempts to explain this paradox. It studies the role that civilian immunity has played in shaping the behaviour of perpetrators and how international society has responded to mass killing. The book arguesthat although the world has made impressive progress in legislating against the intentional killing of civilians and in constructing institutions to give meaning to that prohibition, the norm's history in practice suggests that the ascendancy of civilian immunity is both more recent and more fragile than might otherwise be thought.

In practice, decisions to violate a norm are shaped by factors relating to the norm and the situation at hand, so too is the manner in which international societyand individual states respond to norm violations.

Responses to norm violations are not simply matters of normative obligation or calculations of self-interest but are instead guided by a combination of these logics as well as perceptions about the situation at hand, existing relations with the actorsinvolved, and power relations between actors holding different accounts of the situation. Thus, whilst civilian immunity has for the time being prevailed over 'anti-civilian ideologies' which seek to justify mass killing, it remains challenged by these ideologies and its implementation shaped by individual circumstances.

As a result, whilst it has become much more difficult for states to get away with mass murder, it is still not entirely impossible for them to do so.