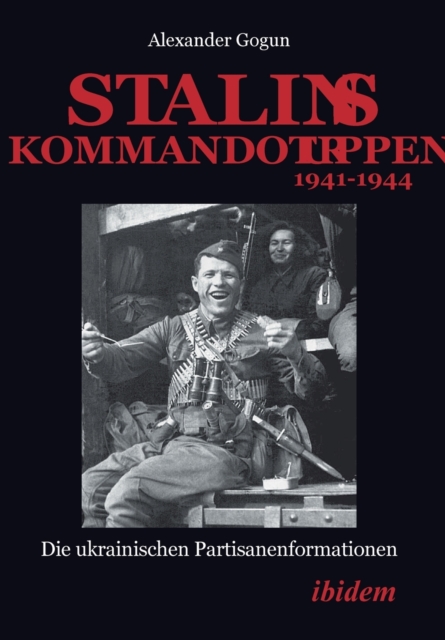 There are certain parallels between the operations Vladimir Putin initiated in the wake of the Ukraine crisis of 2014 and the approach Stalin took in the region during the Second World War.

Stalin's ruthless use of scorched earth tactics, the deliberate provocation of reprisals of the occupiers against the civilian population, the destruction of their own villages, the chaotic collection of taxes in kind from the population, accompanied by everyday looting, benders, fornication and violence, fratricidal internal conflicts, the use of doping, the operational use of bacteriological weapons, and even cannibalismall this was not a random price for the massive bloodshed and no spontaneous response of the population to the brutality of the German occupation in the 1940s.

These were, as Alexander Gogun shows in his historiographical investigation, planned or consciously accepted phenomena and peculiarities of Stalin's warfare tactics.

A book that makes an important contribution to the historical context of the current crisis in Ukraine.

Alexander Gogun has published numerous scientific works on partisan warfare, on Ukrainian nationalism, the communist secret services, as well as the foreign policy of the USSR during the Second World War.

He is currently working at the Free University of Berlin.

Gogun also lectured at the University of Potsdam on the history of Stalinism, the Soviet Union in World War II, and the post-Stalinist USSR.