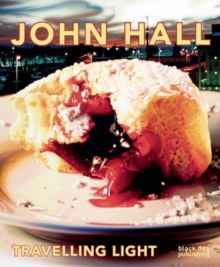 Covering over four decades of work, "John Hall: Travelling Light" is an exquisitely illustrated retrospective on one of Canada's most established contemporary artists.

Hall's hyperreal paintings can be seen a thoughtful, and unassuming, commentary upon contemporary urban life.

Having trained for four years as an artist in Alberta, Hall moved to Mexico, working closely alongside his fellow artist and friend Alexandra Haeseker, who has contributed to the publication with an eloquent and vividly evoking text describing their years together in Mexico.

Liz Wylie, Curator at the Kelowna Art Gallery, examines in her text Hall s artistic practice chronologically, placing a special emphasis on his relationship to photography.

Having first avoided the medium, Hall later grew to embrace digital photography and image manipulation as a way of evolving his oeuvre.

Hall s practice is widely known across Canada, and has held highly regarded academic positions at the University of Calgary and Ohio Wesleyan University.In 1975 he was elected to membership in the Royal Canadian Academy of Arts, with his work featured in a number of public institutions including the National Gallery of Canada, Montreal Museum of Fine Arts, Art Gallery of Ontario and the Winnipeg Art Gallery, amongst many others. He has exhibited worldwide, with shows in the USA, Great Britain, Europe, Mexico and Japan.

Published in partnership with the Kelowna Art Gallery."