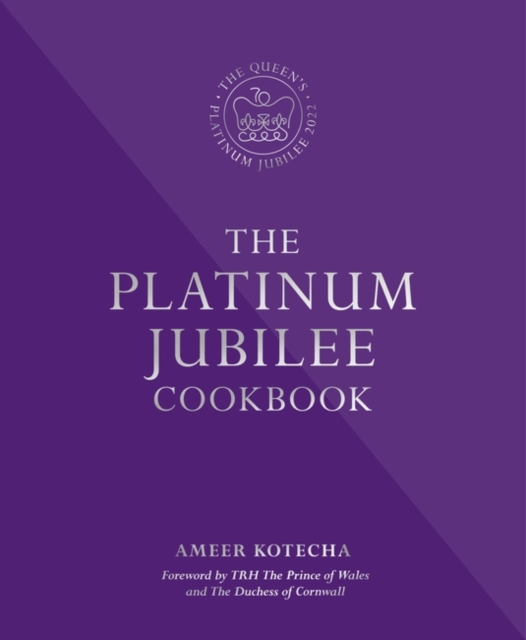 The Platinum Jubilee Cookbook : Recipes and stories from Her Majesty's Representatives around the world Hardback

70 wonderful recipes, alongside profiles of Great British ingredients and diplomatic stories, to celebrate Her Majesty The Queen's Platinum Jubilee19th century British Prime Minister Lord Palmerston once declared that 'dining is the soul of diplomacy' and this unique and sumptuous new book, published as part of the celebrations for Her Majesty The Queen's 70 years on the Throne, presents 70 recipes from British embassies and high commissions around the world. With a foreword by Their Royal Highnesses the Prince of Wales and the Duchess of Cornwall, this book celebrates the landmark occasion of the Platinum Jubilee by bringing together recipes - many of them served during Royal Visits - that are proudly British, inspired by local influences from the embassy's host country, or a fusion of the two.

Throughout, the book shows off the spectacular food and drink produce found within our shores that our embassies are proud to showcase around the world, including:* Spanish Marmalade, from the Madrid embassy* Green Fish Curry, from the Islamabad embassy* Jollof Rice, from the Abuja embassy* Mince Spies, from C, Chief of MI6* Cardamom Lamb, from the New Delhi embassy* Chicken Wellington, from the Lisbon embassy* Toffee Apple and Rhubarb Crumble, from Chevening House* Whiskey-laced Bread & Butter Pudding, from the Washington D.C. embassyAlongside the delectable recipes, stories abound of culinary diplomacy in action.

Contrary to the cliches, you will not find an Ambassador's table piled high with Ferrero Rocher, but food is nonetheless central to the diplomatic cause.

Ameer Kotecha delves into the Foreign Office archives to reveal diplomatic dinner party anecdotes through the years - the good, the bad and the highly entertaining - and provides contemporary stories of food being used as a potent diplomatic tool.

For the first time, this book tells the story of how nations break bread as a means to resolving differences, and seek to get to the negotiating table by first starting at the dinner table. A mixture of recipes, food history, anecdote and stunning photography, this book is an engrossing read for anyone with an interest in food, diplomacy or British heritage.

With contributions from Her Majesty's representatives around the world, it is also a celebration of Britishness that makes for a unique memento for the Platinum Jubilee, delving into an underexplored part of Her Majesty The Queen's reign. The author is donating 100% of royalties from sales of this book to two charities: The Queen's Commonwealth Trust (QCT) and The Prince of Wales's Charitable Fund (PWCF).