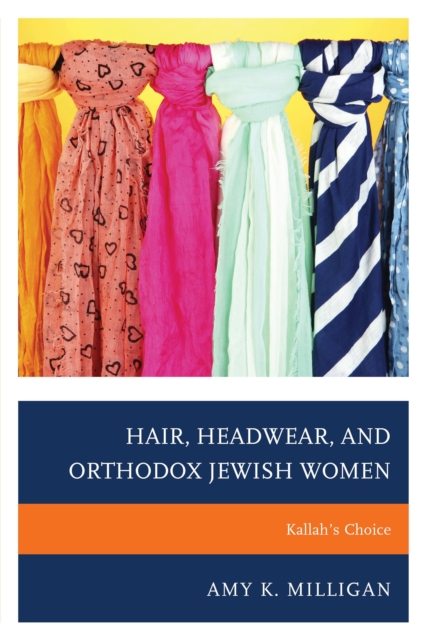 Hair, Headwear, and Orthodox Jewish Women comments on hair covering based on an ethnographic study of the lives of Orthodox Jewish women in a small non-metropolitan synagogue.

It brings the often overlooked stories of these women to the forefront and probes questions as to how their location in a small community affects their behavioral choices, particularly regarding the folk practice of hair covering.

A kallah, or bride, makes the decision as to whether or not she will cover her hair after marriage.

In doing so, she externally announces her religious affiliation, in particular her commitment to maintaining an Orthodox Jewish home.

Hair covering practices are also unique to women's traditions and point out the importance of examining the women, especially because their cultural roles may be marginalized in studies as a result of their lack of a central role in worship.

This study questions their contribution to Orthodoxy as well as their concept of Jewish identity and the ways in which they negotiate this identity with ritualized and traditional behavior, ultimately bringing into question the meaning of tradition in a modern world.