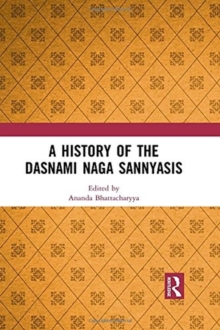 A History of the Dasnami Naga Sannyasis Hardback

During the latter half of the sixteenth century and the early part of the seventeenth century, a number of bands of fighting ascetics formed into akharas with sectarian names and identities. The Dasnami Sannyasis constitute perhaps the most powerful monastic order which has played an important part in the history of India.

The cult of the naked Nagas has a long history. The present volume aims to explore new findings which are available in various archives and repositories in order to fill up the lacuna in Jadunath Sarkar's work on the subject as elaborated in the present introduction.

Please note: Taylor & Francis does not sell or distribute the Hardback in India, Pakistan, Nepal, Bhutan, Bangladesh and Sri Lanka.