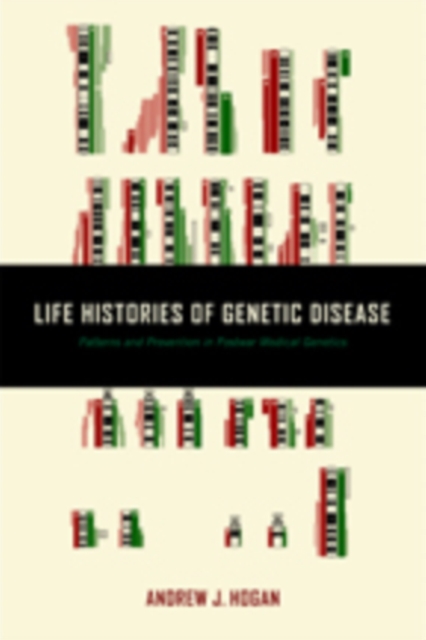 Medical geneticists began mapping the chromosomal infrastructure piece by piece in the 1970s by focusing on what was known about individual genetic disorders.

In Life Histories of Genetic Disease, Andrew J. Hogan explores how various diseases were "made genetic" after 1960, with the long-term aim of treating and curing them using gene therapy.

In the process, he explains, these disorders were located in the human genome and became targets for prenatal prevention, while the ongoing promise of gene therapy remained on the distant horizon. In narrating the history of research that contributed to diagnostic genetic medicine, Hogan describes the expanding scope of prenatal diagnosis and prevention.

He draws on case studies of Prader-Willi, fragile X, DiGeorge, and velo-cardio-facial syndromes to illustrate that almost all testing in medical genetics is inseparable from the larger-and increasingly "big data"-oriented-aims of biomedical research. Hogan also reveals how contemporary genetic testing infrastructure reflects an intense collaboration among cytogeneticists, molecular biologists, and doctors specializing in human malformation. Hogan critiques the modern ideology of genetic prevention, which suggests that all pregnancies are at risk for genetic disease and should be subject to extensive genomic screening.

He examines the dilemmas and ethics of the use of prenatal diagnostic information in an era when medical geneticists and biotechnology companies have begun offering whole genome prenatal screening-essentially searching for any disease-causing mutation.

Hogan's focus and analysis is animated by ongoing scientific and scholarly debates about the extent to which the preventive focus in contemporary medical genetics resembles the aims of earlier eugenicists.

Written for historians, sociologists, and anthropologists of science and medicine, as well as bioethics scholars, physicians, geneticists, and families affected by genetic conditions, Life Histories of Genetic Disease is a profound exploration of the scientific culture surrounding malformation and mutation.