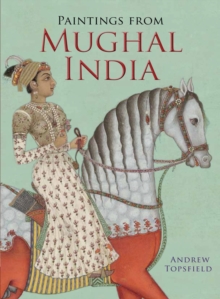 A unique style of court painting, combining Persian, Indian and European elements, developed in India under the Mughal emperors in the sixteenth and seventeenth centuries. Originally an art of book illustration, it soon gave rise to highly naturalistic portraiture and scenes of court life, among other subjects.

These elegant and expressive works reflect the splendour of the Mughal empire, as well as the enthusiasm of the emperors from Akbar (1556-1605) onwards for stories of adventure and romance, for the recording of great imperial assemblies, or the meticulous depiction of the flora and fauna of India.

Among the highlights of the book are the illustrations to Akbar's magnificent Baharistan manuscript of 1595, and the court scenes from the reigns of Shah Jahan (1627-58) or the pleasure-loving Muhammad Shah (1719-48).

This book reproduces many of the finest Mughal and Deccani paintings preserved in the Bodleian Library's rich and historic collection, largely formed between 1640 and 1900.

These pictures range in date from around 1560 to 1800, when British influence was becoming dominant in India. Each image is presented as a full page colour plate with facing text describing its subject and significance, while the introduction situates the works within the general context of the period and its art.

A number of textual revisions have been made since the book first appeared in 2008.