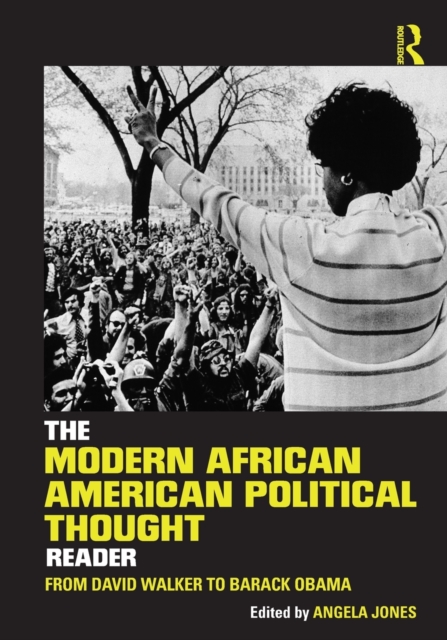 The Modern African American Political Thought Reader compiles the work of great African American political thinkers throughout the twentieth century and up through today to show the development of black political thought and trace the interconnectedness of each person's ideas through their own words.

From abolition, through civil rights, Black nationalism, radical feminism, neo-conservativism, and the new Black Moderate, Angela Jones has collected the key readings of the most important figures in black political history. Each chapter includes an introduction to the themes of the chapter, a biographical sketch of the person profiled, and some of their greatest works, chosen to show the range of political subjects of interest to African Americans.

From Radicals like Angela Y. Davis to Conservatives such as Michael Steele, this anthology showcases the diversity of political thought within the African American community.

It is a must for anyone interested in African American history and politics.