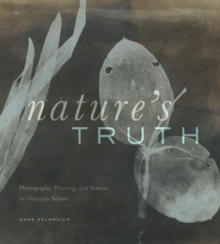 "Truth to Nature," a rallying cry for those artists and critics aiming to reform art-making practices in Great Britain over the course of the nineteenth century, bound together artists as diverse as Pre-Raphaelite John Everett Millais, photographer P.

H. Emerson, and bohemian modernist Augustus John. In order to understand "truth," these artists turned to the rising disciplines of science, which offered new insights into physical phenomena, vision, and perception. Drawing on sources ranging from artists' letters to scientific treatises, Nature's Truth illuminates the dynamic relationship between art and science throughout the nineteenth century.

Eventually, despite consensus between artists and critics about the need for "truth to nature," the British arts community sharply contested what constituted truth and how truth to nature as an ideal could be visually represented.

By the early twentieth century, the rallying cry could no longer hold the reform movement together.

Helmreich's fascinating study shows, however, that this relatively short-lived movement had a profound effect on modern British art. An insightful examination of changing conceptions of truth and the role of art in modern society, Nature's Truth reframes and recontextualizes our notions of British art.