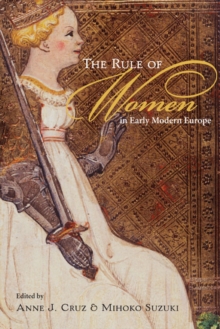 The Rule of Women in Early Modern Europe Paperback / softback

This collection brings a transnational perspective to the study of early modern women rulers and female sovereignty, a topic that has until now been examined through the lens of a single nation.

Contributors juxtapose rulers from different countries, including well-known sovereigns such as Isabel of Castile and Elizabeth Tudor, as well as other less widely studied figures Isabeau of Bavaria, Jeanne d'Albret, Isabel Clara Eugenia, Juana of Portugal, and Catherine of Brandenburg.

Several essays also focus on the representations of foreign rulers such as Catherine de' Medici in England and Elizabeth I in France.Contributors are Tracy Adams, Anne J.