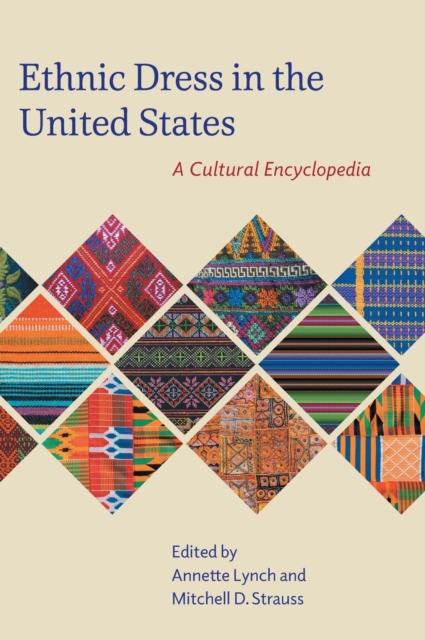 Ethnic Dress in the United States : A Cultural Encyclopedia Hardback

The clothes we wear tell stories about us-and are often imbued with cultural meanings specific to our ethnic heritage.

This concise A-to-Z encyclopedia explores 150 different and distinct items of ethnic dress, their history, and their cultural significance within the United States. The clothing artifacts documented here have been or are now regularly worn by Americans as everyday clothing, fashion, ethnic or religious identifiers, or style statements.

They embody the cultural history of the United States and its peoples, from Native Americans, white Anglo colonists, and forcibly relocated black slaves to the influx of immigrants from around the world.

Entries consider how dress items may serve as symbolic linkages to home country and family or worn as visible forms of opposition to dominant cultural norms.

Taken together, they offer insight into the ethnic-based core ideologies, myths, and cultural codes that have played a role in the formation and continued story of the United States.