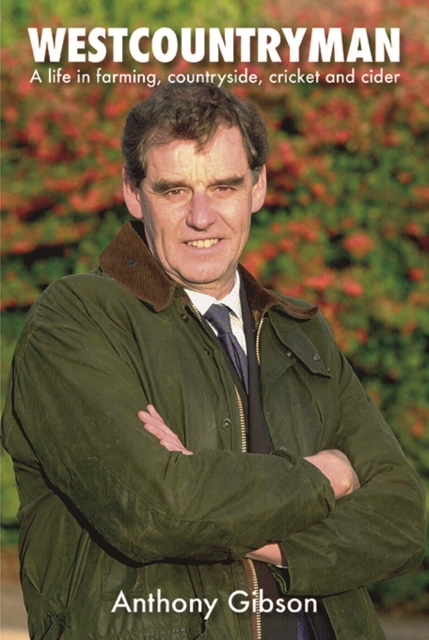 Westcountryman : A life in farming, countryside, cricket and cider Hardback

Anthony Gibson has lived and worked in the West Country all his life.

He is best known for the pivotal role that he played as South West Regional Director for the National Farmers' Union in the two great farming crises of the past 40 years: BSE and the 2001 Foot and Mouth Disease epidemic. He was a key player in resolving the seminal clashes between farming and conservation on Exmoor and the Somerset Levels and in negotiating environmental management agreements covering vast areas of Dartmoor. Besides all that, he has found time to campaign for traditional cider and real ale, to champion West Country food and drink, to explore the relationship between great writers and the West Country landscape and to become the BBC's 'voice of Somerset cricket'. In 'Westcountryman' he tells the story of it all: the challenges and controversies, the crises and characters.

Hailed a hero during the Foot and Mouth epidemic, he recalls in vivid detail what it was like to be in the front line when the future of West Country livestock farming hung in the balance. Anthony Gibson's life has been a full one, and he writes with passion and humour about all aspects of it, including his famous but erratic father, the loss of his virginity while working as a hotel waiter and the harrowing death through cancer of his beloved younger brother. If there is one constant running throughout the book - whether the subject be family or farming or food, cider or cricket or great writers - it is his love of the West Country. Beautifully written, this is a book that will appeal to all those who share that love of the West - or who want to understand the region's story over the past half century, told by a man who has been at its very heart.