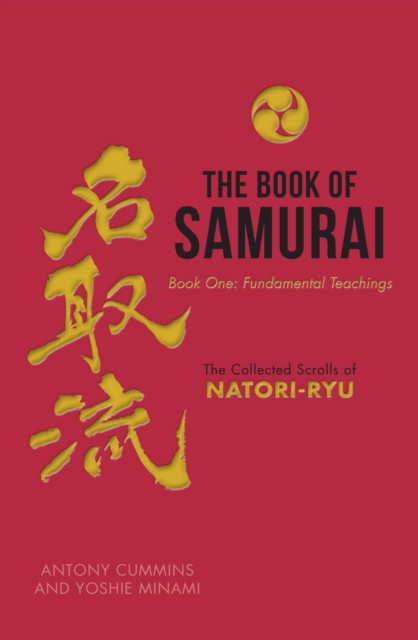 The Book of Samurai : The Fundamental Teachings Hardback

Part of the Book of Samurai series

THE FIRST COMPLETE TRANSLATION OF A SAMURAI SCHOOL CURRICULUM, THE BOOK OF SAMURAI SERIES IS A COMPREHENSIVE GUIDE TO THE THEORY AND PRACTICE OF SAMURAI WARFARE.

Book One: Fundamental Teachings reveals to the samurai student the basic traditions of Natori-Ryu, the renowned school of war founded in Japan in the sixteenth century.

It offers a translation of two secret scrolls. The first, Heika Jodan, contains 290 lessons for samurai during times of peace, expanding students' martial abilities and preparing them mentally and tactically for the conflicts to come.

The second scroll, Ippei Yoko, moves the student onto the field of battle, providing guidance for those taking up arms for the first time.

Written by master tactician Natori Masazumi, the first two Natori-Ryu documents give an in-depth account of samurai skills and actual practice, opening up the lost world of these Japanese warriors to all readers interested in martial arts and the arts of war in general.In 1654 Natori Masazumi began his service under the powerful Kishu-Tokugawa clan. Faced with a decline in tactical and military prowess, and with a lack of wars to refine soldiery, he set about collecting a vast array of samurai arts into an assembly of scrolls, moulding and expanding his family traditions to make Natori-Ryu the premier warfare school of its time.

He developed Natori-Ryu beyond its original focus on tactical and medical subjects, including, for example, the arts of the shinobi secret agents and of the military school Kusunoki-Ryu in his collated teachings.

He also undertook the colossal project of compiling a samurai encyclopaedia, cataloguing arms, armour and other important tools of samurai life.

All this was done with the aim of maintaining the true skills of the warrior class before its members evolved from men of prowess into mere bureaucrats.