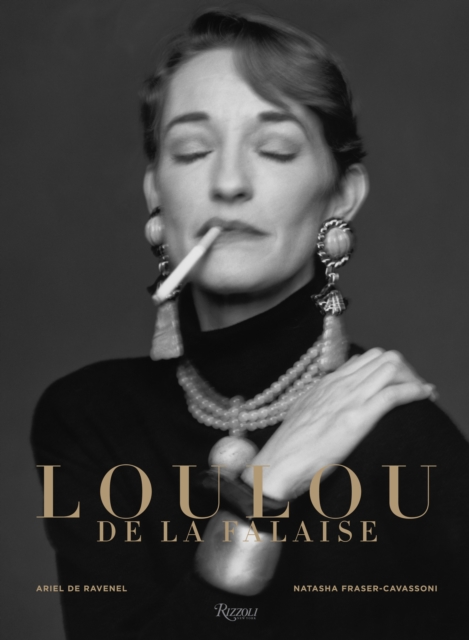 Loulou de la Falaise is the first monograph to celebrate the life and work of the style icon and muse to Yves Saint Laurent who became the embodiment of French chic.

Renowned for her bohemian chic, daring style as well as for her lightness, nonchalance, and humour, Loulou de la Falaise was not only an influential fashion icon but also a breath of fresh air to the world of Parisian haute couture.

The Anglo-French beauty assisted the designer Halston and modelled briefly for Diana Vreeland's Vogue before moving to Paris in 1972 to work alongside the iconic designer Yves Saint Laurent.

A true original, her sense of colour and fantasy and her attitude would energize the mythic house and fashion in general.

For almost forty years, de la Falaise would forge her professional reputation designing extraordinary jewellery and accessories both for Yves Saint Laurent as well as for her own line. This elegant volume is a life in pictures, with over 400 images by legendary contemporary photographers, from Helmut Newton and Richard Avedon to Steven Meisel and Bettina Rheims, as well as an essay by Pierre Berge and interviews with Loulou intimates such as Betty Catroux, Ines de la Fressange, Diane von Furstenberg, Christian Louboutin, Elsa Peretti, Paloma Picasso, Andre Leon Talley, and Oscar de la Renta.

A celebrated style icon from the '60s until her death, Loulou's appetite and flair for fashion continues to be an inspiration today.