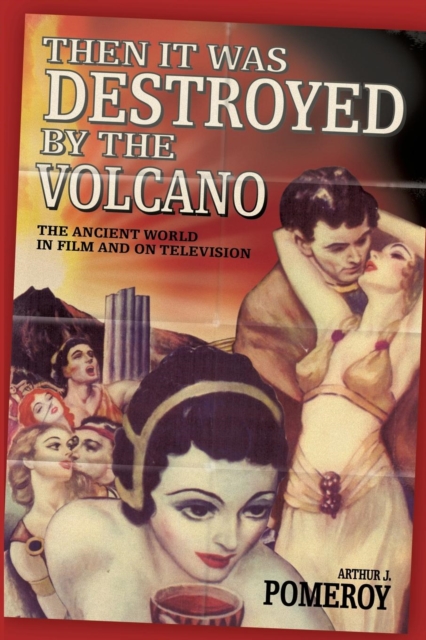 'Then it Was Destroyed by the Volcano' : The Ancient World in Film and on Television Paperback / softback

Depictions of the ancient world on the stage and in art have always competed with a scholarly approach to the reconstruction of the past.

The rise of cinema and television has heightened the difficulty in distinguishing between 'elite' and 'popular' culture.

On American TV, "Buffy the Vampire Slayer" has incorporated aspects of the classical within the high school horror genre.

In art cinema, the films of Theo Angelopoulos seek to reclaim Greek myth from academia and claim its recognition as part of a living modern culture.

Alexander the Great has been recreated in an animated Japanese television series, not as the western conqueror who spread Hellenistic values through Asia, but as a figure of destruction and renewal.

Heroic male values may be reasserted in cinema as part of a conservative agenda that relies on the cultural capital of the past, or subjected to humorous critique or feminist reinterpretation in TV series such as "Hercules" and "Xena". "Then it was Destroyed by the Volcano", by studying the multiple depictions of the ancient world on screen, emphasises its continuing importance for the re-evaluation of the present.