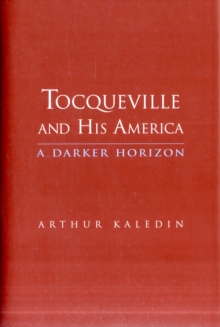 Tocqueville and His America : A Darker Horizon Hardback

The author examines the relation between Tocqueville's complicated inner life, his self-imagination, and his moral thought, and the meaning of his enduring writings, leading to a new understanding of Tocqueville's view of democratic culture and democratic politics.

With particular emphasis on Tocqueville's prescient anticipation of various threats to liberty, social unity, and truly democratic politics in America posed by aspects of democratic culture, Kaledin underscores the continuing pertinence of Tocqueville's thought in our own changing world of the twenty-first century.