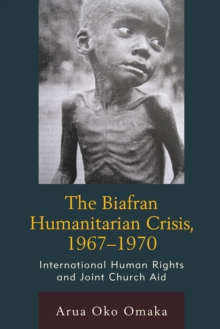 Part of the The Fairleigh Dickinson University Press Series in Law, Culture, and the Humanities series

This book focuses on the Biafran humanitarian crisis of 1967-1970 which generated a surge of human rights anxieties and attracted the attention of world humanitarian organizations.

For the first time in recent history, different church groups and humanitarian activists around the world came together for the sole purpose of alleviating human suffering and saving lives regardless of theological differences, race, ethnic affiliation, nationality, and geographical distance.

Despite their role in shaping the course and outcome of the conflict, most scholars of the Nigeria-Biafra War treat the humanitarian aspect of the war as a footnote, making it appear less important among other issues of interest in the conflict.

Notable exceptions, however, include Joseph Thomson's American Policy and African Famine, which focuses on American policy on the humanitarian aid, and Reverend Tony Byrne's Airlift to Biafra. This study underlines that the international humanitarian aid largely contributed to the internationalization of the war. The efforts of the churches from thirty-three countries which remain virtually unexplored was not just the first of its kind in the developing world but also the largest civilian airlift in history.

While the paucity of scholarship on the humanitarian aspect of the Biafra war could be attributed to the newness of this field of enquiry, the increase in conflicts in different parts of the world has just opened humanitarian aid studies as a new frontier in academic study.

This book is a masterful example of scholarship in this newly emergent field. 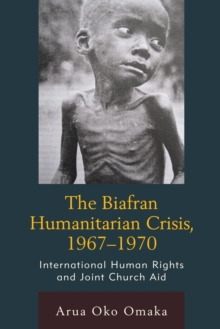 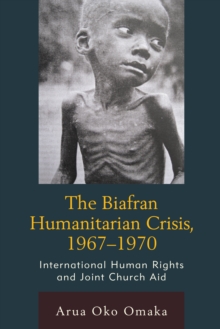