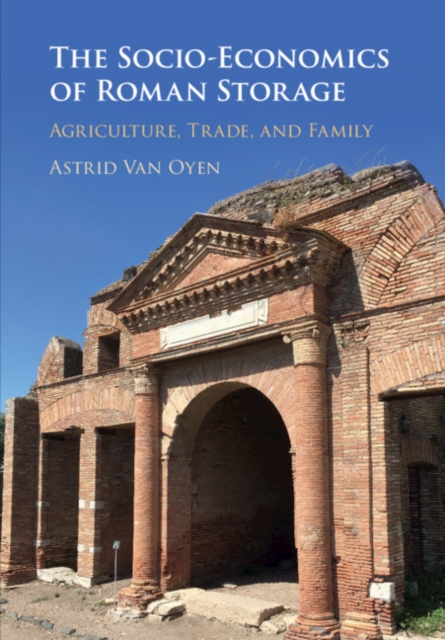 The Socio-Economics of Roman Storage : Agriculture, Trade, and Family Hardback

In a pre-industrial world, storage could make or break farmers and empires alike.

How did it shape the Roman empire? The Socio-Economics of Roman Storage cuts across the scales of farmer and state to trace the practical and moral reverberations of storage from villas in Italy to silos in Gaul, and from houses in Pompeii to warehouses in Ostia.

Following on from the material turn, an abstract notion of 'surplus' makes way for an emphasis on storage's material transformations (e.g. wine fermenting; grain degrading; assemblages forming), which actively shuffle social relations and economic possibilities, and are a sensitive indicator of changing mentalities.

This archaeological study tackles key topics, including the moral resonance of agricultural storage; storage as both a shared and a contested concern during and after conquest; the geography of knowledge in domestic settings; the supply of the metropolis of Rome; and the question of how empires scale up.

It will be of interest to scholars and students of Roman archaeology and history, as well as anthropologists who study the links between the scales of farmer and state.