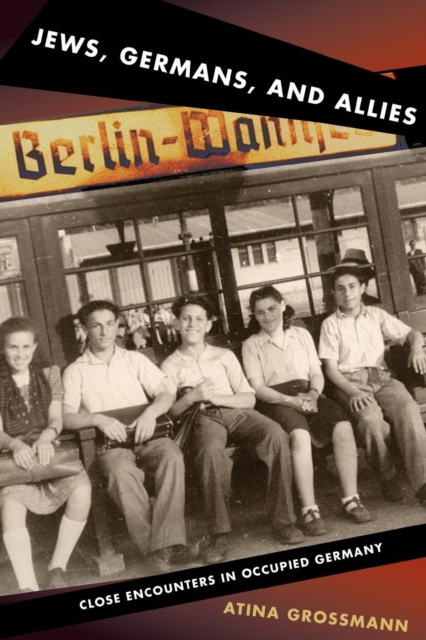 In the immediate aftermath of World War II, more than a quarter million Jewish survivors of the Holocaust lived among their defeated persecutors in the chaotic society of Allied-occupied Germany.

Jews, Germans, and Allies draws upon the wealth of diary and memoir literature by the people who lived through postwar reconstruction to trace the conflicting ways Jews and Germans defined their own victimization and survival, comprehended the trauma of war and genocide, and struggled to rebuild their lives.

She chronicles the hunger, disease, and homelessness, the fraternization with Allied occupiers, and the complexities of navigating a world where the commonplace mingled with the horrific. Grossmann untangles the stories of Jewish survivors inside and outside the displaced-persons camps of the American zone as they built families and reconstructed identities while awaiting emigration to Palestine or the United States.

She examines how Germans and Jews interacted and competed for Allied favor, benefits, and victim status, and how they sought to restore normality--in work, in their relationships, and in their everyday encounters.

Jews, Germans, and Allies shows how Jews were integral participants in postwar Germany and bridges the divide that still exists today between German history and Jewish studies.