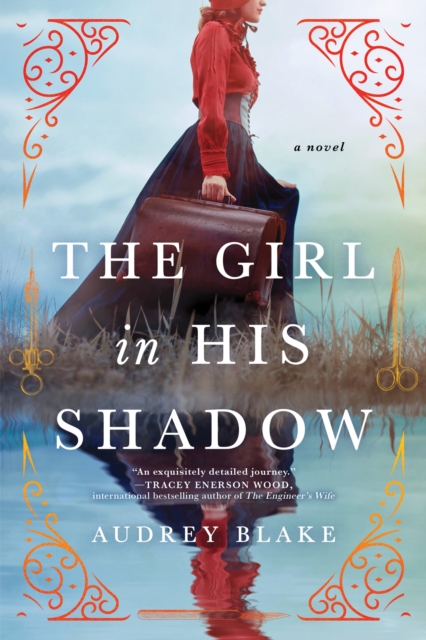 The Girl in His Shadow : A Novel Paperback / softback

THE USA TODAY BESTSELLER!"An exquisitely detailed journey through the harrowing field of medicine in mid-19th century London."-Tracey Enerson Wood, USA Today bestselling author of The Engineer's Wife and The War NurseAn unforgettable historical fiction novel about one woman who believed in scientific medicine before the world believed in her. London, 1845: Raised by the eccentric surgeon Dr. Horace Croft after losing her parents to a deadly pandemic, the orphan Nora Beady knows little about conventional life.

While other young ladies were raised to busy themselves with needlework and watercolors, Nora was trained to perfect her suturing and anatomical illustrations of dissections. Women face dire consequences if caught practicing medicine, but in Croft's private clinic Nora is his most trusted-and secret-assistant.

That is until the new surgical resident Dr. Daniel Gibson arrives. Dr. Gibson has no idea that Horace's bright and quiet young ward is a surgeon more qualified and ingenuitive than even himself.

In order to protect Dr. Croft and his practice from scandal and collapse Nora must learn to play a new and uncomfortable role-that of a proper young lady. But pretense has its limits. Nora cannot turn away and ignore the suffering of patients, even if it means giving Gibson the power to ruin everything she's worked for. And when she makes a discovery that could change the field forever, Nora faces an impossible choice.

Remain invisible and let the men around her take credit for her work, or step into the light-even if it means being destroyed by her own legacy. Fans of The Other Einstein and The Paris Library will relish this riveting and empowering story about one woman's fight to follow her dreams and build a life-and legacy-beyond what is expected of her. Praise for The Girl in His Shadow: "A suspenseful story of a courageous young woman determined to become a surgeon in repressive Victorian England.

Fluidly written, impeccably researched, The Girl in His Shadow is a memorable literary gift to be read, reread, and treasured."-Gloria Goldreich, author of The Paris ChildrenOther Bestselling Historical Fiction from Sourcebooks Landmark:The Mystery of Mrs. Christie by Marie BenedictThe Book Woman of Troublesome Creek by Kim Michele RichardsonSold on a Monday by Kristina McMorris