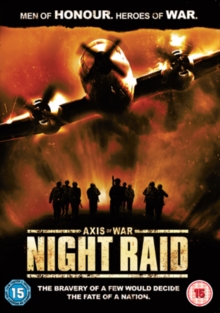 Directed by An Lan

The third and final instalment of the Chinese war trilogy.

In July 1937, a small regiment of Chinese soldiers is sent to investigate the invading Japanese forces.

When they uncover a vast warehouse full of supplies, they decide to carry out a dangerous night raid before the arms they have found are used against their people - but will such a risky mission make or break their campaign?