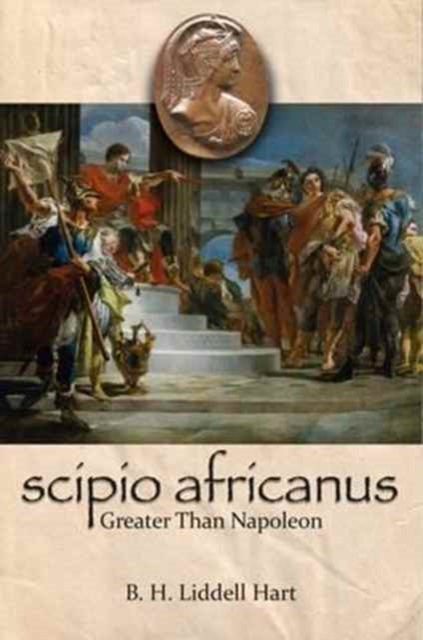 by B. H. Liddell-Hart

Born in Rome in 236 BC, Publius Cornelius Scipio Africanus, also known as Scipio the African, Scipio Africanus-Major (so named because of his military victories in Africa), Scipio Africanus the Elder, or Scipio the Great, is considered by many to be one of Rome s greatest generals and one of the most exciting and dynamic leaders in history.

As commander, he never lost a battle. Skillful alike in strategy and in tactics, he had also the faculty of inspiring his soldiers with confidence.

As the author recounts, Scipio s battles are richer in stratagems and ruses many still feasible today than those of any other commander in history.

Scipio was viewed as hero by the general Roman populace.

He was, after all, the first Roman general to expand Roman territories outside Italy and the islands around the mainland.

In military terms, he is particularly remembered for his command of the army that defeated Hannibal in the final battle of the Second Punic War in 202 BC.

Yet it is his adversary, Hannibal, who has lived on in public memory. Despite his achievements, Scipio had many powerful political enemies in Rome.In his later years, he was tried for bribery and treason, unfounded charges that were only meant to discredit him before the public. Disillusioned by the ingratitude of his peers, Scipio left Rome and withdrew from public life.

At the approximate age of 53, Scipio died at his estate in Liternum, Campania (now Patria, Italy), circa 183 BC.

In this detailed and authoritative biography, the renowned historian B.H.

Liddell Hart uncovers the story of Scipio s astonishing rise to command in his early twenties, his charisma and inspirational leadership, and successes and achievements revealing, in the process, just why this Roman general deserves a better place in history.