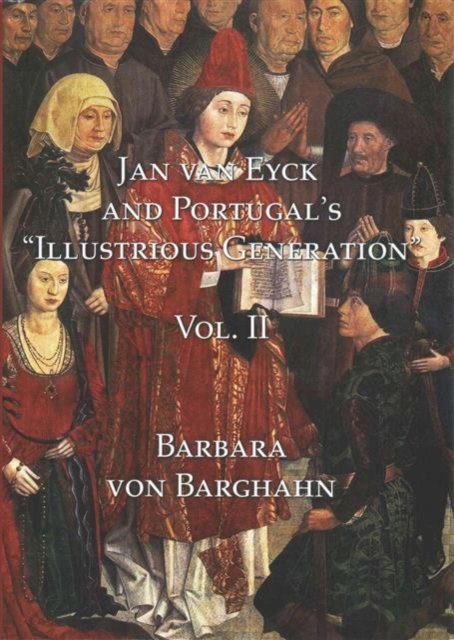 Barbara von Barghahn is Professor of Art History at George Washington University and a specialist in the art history of Portugal, Spain, and their colonial dominions, as well as Flanders (1400-1800).

In 1993, she was conferred O Grao Comendador in the Portuguese Order of Prince Henry the Navigator.

She has spent nearly a decade completing research about Jan van Eyck's diplomatic visits to the Iberian Peninsula. This manuscript investigates Van Eyck's patronage by the Crown of Portugal and his role as diplomat-painter of the Duchy of Burgundy following his first voyage to Lisbon in 1428-1429 when he painted two portraits of Infanta Isabella, who became the third wife of Philip the Good in 1430.

New portrait identifications are provided in the Ghent Altarpiece (1432) and its iconographical prototype, the lost Fountain of Life.

These altarpieces are analyzed with regard to King Joao I's conquest of Ceuta, achieved by his sons who were hailed as an"illustrious generation." Strong family ties between the dynastic houses of Avis and Lancaster explain Lusitania 's sustained fascination with Arthurian lore and the Grail quest.

Several chapters of this book are overlaid with a chivalric veneer.

A second "secret mission" to Portugal in 1437 by Jan van Eyck is postulated and this diplomatic visit is related to Prince Henrique the Navigator's expedition to Tangier and King Duarte's attempts to forge an alliance with Alfonso V of Aragon.

Late Eyckian commissions are reviewed in light of this ill-fated crusade and additional new portraits are identified.

The most significant artist of Renaissance Flanders appears to have been patronized as much by the House of Avis as by the Duchy of Burgundy.