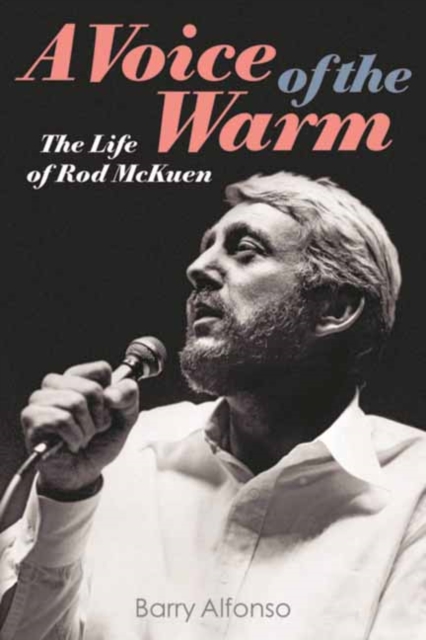 Voice of the Warm : The Life of Rod McKuen Paperback / softback

In his 1960s-1970s heyday, Rod McKuen was a phenomenally popular singer-songwriter as well as the bestselling poet in publishing history.

To his legions of fans around the world, he was a voice of compassion and healing, as much a prophet as an author/entertainer.

McKuen songs like "If You Go Away" and "Jean" earned him massive hits, while books like Listen to the Warm sold millions of copies. McKuen's huge sales and devoted following didn't stop the critics from calling his work sentimental kitsch cranked out for the money.

Who was this enigmatic artist who aroused so much love and hatred?

A Voice of the Warm: The Life of Rod McKuen is the first-ever biography of one of the 20th century's most popular and misunderstood pop-culture icons.

Drawing upon extensive research and over 100 interviews, author Barry Alfonso tells how McKuen overcame childhood physical and sexual abuse to become a teenage radio host, film actor, and Beat-style poet before connecting with a vast audience as a writer and recording artist.

McKuen's role as a pioneering gay rights activist who bridged the '60s generation gap with a message of love and tolerance help to make his story uniquely relevant today.