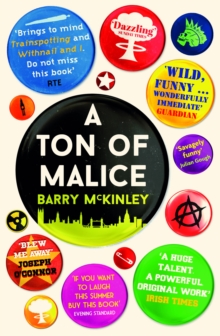 A Ton of Malice : The Half-Life of an Irish Punk in London EPUB

1979. PUNK IS IN DECLINE. ESPECIALLY THIS PUNK. On the platform at Holyhead I approach a uniformed man with a whistle. 'Is this the 6:55 to Auschwitz?' I ask. 'Enough of your cheek, lad.''Arbeit Macht Frei!''What?''It's Gaelic for thank you.'March, 1979.

Sid Vicious is dead, Margaret Thatcher is very much alive, and Barry has just arrived in London.

Twenty years old, Irish and angry, he cons his way into a job at Sellafield, home of Britain's military-grade plutonium.

It's the start of a hilarious and hallucinatory coming-of-age tale that ranges from sordid coal-bunker squats to the tea room at the Ritz, via the Parisian Left Bank and the blooming poppy fields of Ireland. Here is a portrait of an artist on acid, amphetamines and PCP, who finds himself working at the heart of Britain's nuclear industry.

It pulses with stories and stories within stories, eye-watering, sexy, terrifying and poignant.

A wild, hellish descent that is also a rush for the stars, A Ton of Malice is the demented love-child of Irvine Welsh, Hunter S.

Thompson and Matt Groening. And, if it matters, it's almost all true. 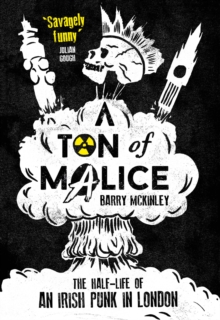 Ton of Malice: Half-life of an Irish... 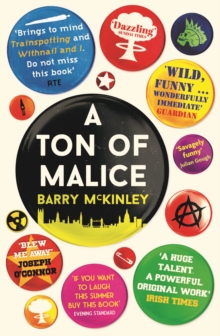 A Ton of Malice