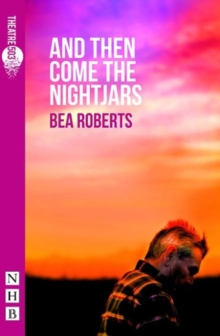 And Then Come The Nightjars Paperback / softback

A fierce, achingly tenders play that charts one farm's struggle to survive the march of history, from the bloodbath of the foot-and-mouth crisis to developers consuming land for real estate.

South Devon, 2001. As disease ravages the countryside, local dairy vet Jeff arrives with a dire warning for his friend Michael, a widowed farmer.

Michael must make the ultimate sacrifice to preserve all that he holds dear.

As he barricades his farm and home against a tide of devastation, only Jeff can clear a way through the falling ash. And Then Come the Nightjars premiered at Theatre503 in September 2015.