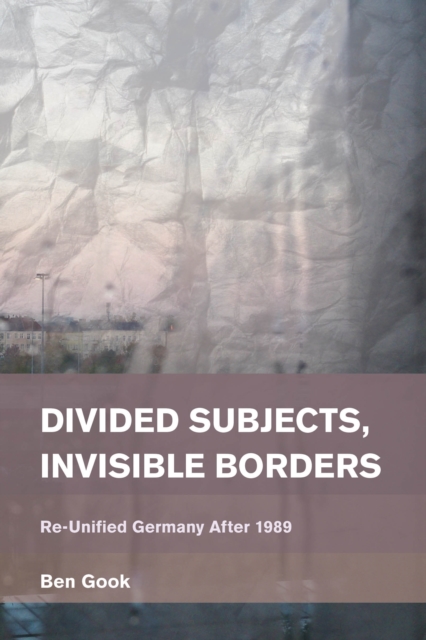 What do Germany's memorials, films, artworks, memory debates and national commemorations tell us about the lives of Germans today?

How did the Wall in the Head come to replace the Wall that fell in 1989?

The old identities of East and West, which all but dissolved in joyous embraces as the Berlin Wall fell, emerged once more after formal re-unification a year later in 1990. 2015 marks the twenty-fifth anniversary of that German re-unification.

Yet Germany remains divided; a mutual distrust lingers, and national history remains contentious. The material, social, cultural and psychic effects of re-unification on the lives of eastern and western Germans since 1989 all demand again asking fundamental questions about history, social change and ideology.

Divided Subjects, Invisible Borders puts affective life at the centre of these questions, both in the role affect played in mobilizing East Germans to overthrow their regime and as a sign of disappointment after formal reunification.

Using contemporary Germany as a lens the book explores broader debates about borders, memory and subjectivity.