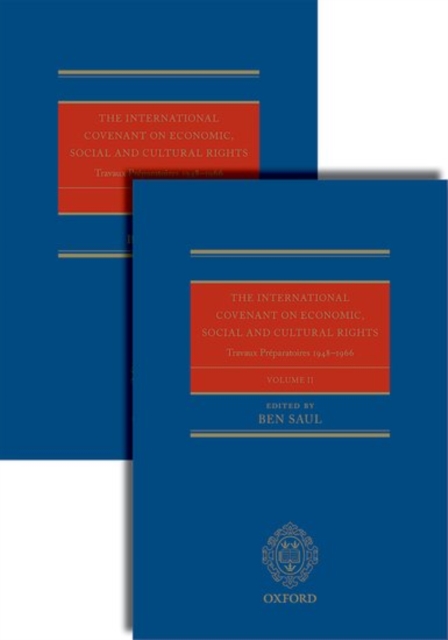 This book is the first collection of the drafting records of the one of the world's two foremost human rights treaties, the International Covenant on Economic, Social and Cultural Rights (ICESCR) of 1966.

It makes an important contribution to understanding the origins and meaning of economic and social rights, which were drafted over almost two decades years between 1947 and 1966.

There is increasing global interest in the stronger protection of economic, social, andcultural rights, which are vital to the survival, dignity, and prosperity of everyone.

Since 2013, individuals have been able to complain to the United Nations about violations of their rights, and action can also often be taken through regional and national human rights procedures.

In this context,many of the current debates surrounding economic and social rights can be best understood in the light of their drafting history.

This book judiciously selects, and chronologically presents, the most important drafting documents or extracts thereof between 1947 and 1966.

The book contains an extensive annotated table of documents, allowing researchers to track the progress of the key rights and issues in the drafting.

It also includes an original analytical introductory essay, which summarises and analyses the main procedural and substantive developments during the drafting.

The essay charts the many influences on therecognition of economic and social rights at a key moment in history: the aftermath of the Second World War, which demonstrated the need to eliminate the economic and social causes of threats to global peace and security.