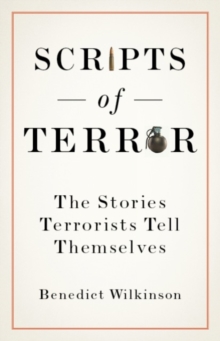 Scripts of Terror : The Stories Terrorists Tell Themselves Hardback

This book explores terrorism as a strategic choic-- one made carefully and deliberately by rational actors.

Through an analysis of the terrorist groups of Egypt, Saudi Arabia and Yemen, it charts a series of different strategic 'scripts' at play in terrorist behaviour, from survival, to efforts in mobilising a supporter base, through to the grinding attrition of a long terrorist campaign.

The theme that runs through all these organisations is the unbridgeable gap between their strategic vision,and what actually unfolds.

Regardless of which script terrorists follow, they often fall short of achieving their political ambitions. And yet, despite its frequent failure, the terrorist strategy is returned to time and again--people continue to join such groups, and to commit violence.

Scripts of Terror explores the reasons behind this. It asks why, if terrorism is so rarely successful and so hard to pull off, its approach remains an appealing one. And it examines how terrorists formulate their strategies, and how they envisage achieving their ambitions through violence.

Most importantly, it explores why they so often fail.