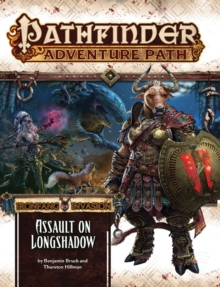 Having rescued what remains of the Chernasardo Rangers, the heroes have their first chance to take the offensive against the Ironfang Legion when rumors emerge of the monstrous invaders massing to the north to siege the refinery town of Longshadow.

If the Legion succeeds, their inhuman empire tightens its grip across western Nirmathas, and the mines and refineries would grant them all the raw materials their engine of war requires.

But the Legion's heavy focus on Longshadow leaves their flanks vulnerable to a campaign of sabotage and harassment!

Can the PCs end the hobgoblin siege, and in the process discover the secret behind the Ironfang Legion's lightning-quick raids and unseen troop movements? "Assault on Longshadow" is a Pathfinder Roleplaying Game adventure for 8th-level characters.

The adventure continues the Ironfang Invasion Adventure Path, a war-torn homage to classic fantasy adventure in which the heroes defend their homeland from a savage invading army.

A gazetteer of Longshadow, details on the history and faith of the goblin hero-god Hadregash, and selection of new monsters round out this volume of the Pathfinder Adventure Path!Each monthly full-color softcover Pathfinder Adventure Path volume contains an in-depth adventure scenario, stats for several new monsters, and support articles meant to give Game Masters additional material to expand their campaign.

Pathfinder Adventure Path volumes use the Open Game License and work with both the Pathfinder RPG and the world's oldest fantasy RPG. 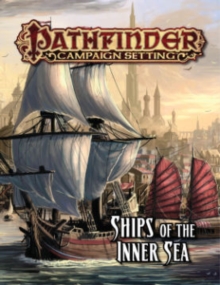 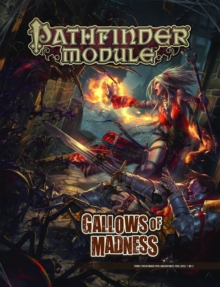