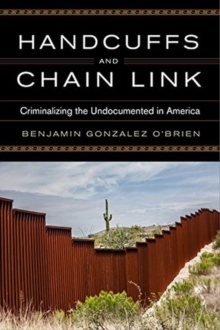 Handcuffs and Chain Link : Criminalizing the Undocumented in America Hardback

Part of the Race, Ethnicity, and Politics series

Handcuffs and Chain Link enters the immigration debate by addressing one of its most controversial aspects: the criminalisation both of extralegal immigration to the United States and of immigrants themselves in popular and political discourse.

Looking at the factors that led up to decriminalisation, Benjamin Gonzalez O'Brien points to the alternative approach of the Immigration Reform and Control Act of 1986 and how its ultimate demise served to negatively reinforce the fictitious association of extralegal immigrants with criminality. Crucial to Gonzalez O'Brien's account thus is the concept of the critical policy failure-a piece of legislation that attempts a radically different approach to a major issue but has shortcomings that ultimately further entrench the approach it was designed to supplant.

The IRCA was just such a piece of legislation. It highlighted the contributions of the undocumented and offered amnesty to some while attempting to stem the flow of extralegal immigration by holding employers accountable for hiring the undocumented. 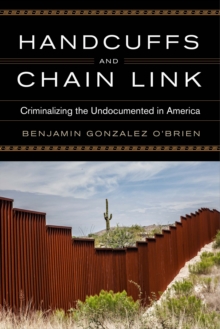