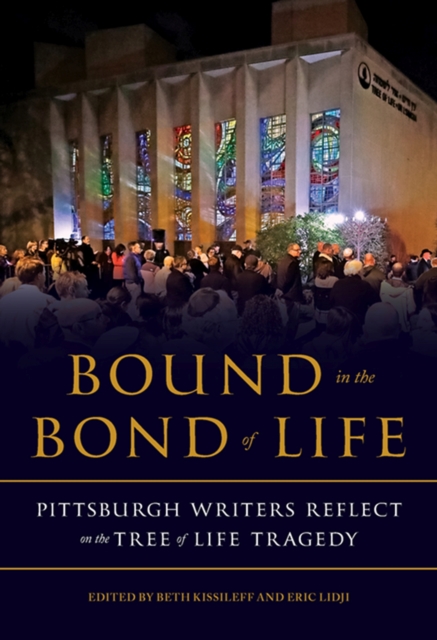 Bound in the Bond of Life : Pittsburgh Writers Reflect on the Tree of Life Tragedy Paperback / softback

On October 27, 2018, three congregations were holding their morning Shabbat services at the Tree of Life Synagogue in Pittsburgh's Squirrel Hill neighborhood when a lone gunman entered the building and opened fire.

He killed eleven people and injured six more in the deadliest anti-Semitic attack in American history.

The story made international headlines for weeks following the shooting, but Pittsburgh and the local Jewish community could not simply move on when the news cycle did. The essays in this anthology, written by local journalists, academics, spiritual leaders, and other community members, reveal a city's attempts to come to terms with an unfathomable horror.

Here, members from each of the three impacted congregations are able to reflect on their experiences in a raw, profound way.

Local journalists who covered the story as it unfolded explore the personal and public aspects of reporting the news.

Activists consider their work at a calm distance from the chaotic intensity of their daily efforts.

Academics mesh their professional expertise with their personal experiences of this shattering event in their hometown.

A local rabbi shares his process for crafting messages of comfort even as he attempts to reckon with his own feelings. Bringing these local voices together into a chorus raises them over the din of international chroniclers who offer important contributions but cannot feel the intensity of this tragedy in the same way as Pittsburghers.

The essays in this anthology tell a collective story of city shaken to its very core, but determined that love will ultimately win. A portion of the proceeds from the sale of this book will go to Jewish Family and Community Service of Pittsburgh (https://www.jfcspgh.org/), which serves individuals and families of all faiths throughout the Greater Pittsburgh community.