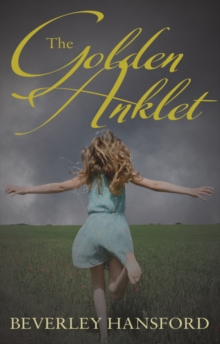 Beverley Hansford delivers his third romantic novel, shot through with suspense and intrigue.

The Golden Anklet is full of dark secrets and suspense that will keep readers enthralled until the last page. Orphan Jane Carroll has always wanted to know more about her parents and who they were, but when she starts to look deeper into her family background, she receives a disturbing revelation.

Things are not quite as she had always believed them to be...

Desperate to find out the truth about her past, she sets out to delve deeper into the mystery, but as the answers to her questions begin to emerge, she discovers that she has become innocently embroiled in a web of mystery and intrigue.

When she eventually discovers who she really is, she finds herself in a situation which is completely unfamiliar.

Her new identity places her very existence under threat and it seems as if only a miracle can save her from an unknown fate...

The Golden Anklet will keep readers guessing until the very end.