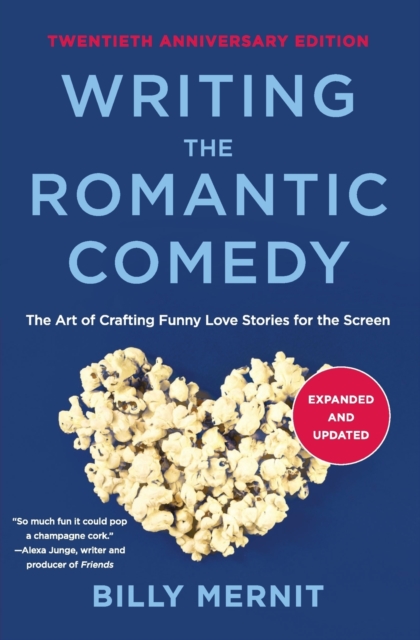 "Writing the Romantic Comedy is so much fun to read it could pop a champagne cork."-Alexa Junge, writer and producer of FriendsRevised and expanded to celebrate a new generation of romantic comedies, Billy Mernit's insightful look into the mechanics of writing Hollywood's most enduring genre features case studies that reveal the screenwriting secrets behind classics new and old. Whether you're a first-time screenwriter, an intermediate marooned in the rewriting process, or a professional wanting to explore the latest genre trends, this thoroughly charming and insightful guide to the basics of crafting a winning and innovative script will take you step by step from "meet cute" all the way to "joyous defeat." You'll learn the screenwriting secrets behind some of the funniest scenes ever written; how to create characters and dialogue that getsparks flying; why some bedroom scenes sizzle and others fall flat; and much more.

Written in a refreshingly accessible style and updated and expanded to recognize the contributions of a fresh generation of romantic comedies, this newly revised 20th Anniversary edition of Writing the Romantic Comedy features case studies drawn from beloved romantic classics such as When Harry Met Sally, Annie Hall, Tootsie, and The Lady Eve to modern-day favorites including Hitch, (500) Days of Summer, Bridesmaids, and Silver Linings Playbook.