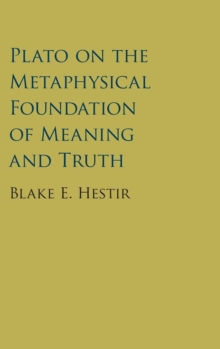 Plato on the Metaphysical Foundation of Meaning and Truth Hardback

What is the nature of truth? Blake E. Hestir offers an investigation into Plato's developing metaphysical views, and examines Plato's conception of being, meaning, and truth in the Sophist, as well as passages from several other later dialogues including the Cratylus, Parmenides, and Theaetetus, where Plato begins to focus more directly on semantics rather than only on metaphysical and epistemological puzzles.

Hestir's interpretation challenges both classical and contemporary interpretations of Plato's metaphysics and conception of truth, and highlights new parallels between Plato and Aristotle, as well as clarifying issues surrounding Plato's approach to semantics and thought.

This book will be of interest to scholars and students of ancient Greek philosophy, metaphysics, contemporary truth theory, linguistics, and philosophy of language. 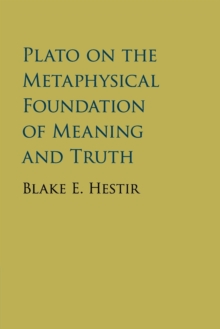 Plato on the Metaphysical Foundation of...